Locked away from the night, I miss

glinting in the moonlight,

that the hipster drops from his pants,

Eightfold over, we return

to the moments we suffered the most;

they taste the best in relief. 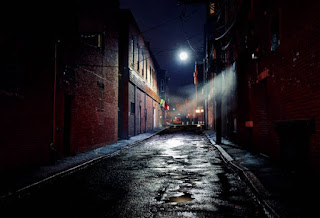 “You didn’t need to choke me,”

Hurt and anger filled his eyes.

“But what did you think would happen

when you held a knife to my neck?”

“I thought we’d be together.”

The Santa Ana's blew in this morning, a week before Election Day. I thought 'perhaps they are a harbinger of change', but I'm not nearly as confident of that kind of miracle as I was in 2016.

Back then, I believed that Americans were, at the core, basically decent, kind people. That as much as we advocate loudly for free market capitalism, we still will put people before profit. And that if and when tragedy struck, we would come together and hold each other up.

The last four years have shown me the depth of my naiveté. My 'born-on-the-fourth-of-July, rose, white, and blue' blinders have been ripped off, and I've seen what we've become. Or- more dishearteningly- what we've actually always been.

I hear many people say that they "miss the old America." I miss the illusion.

In the old illusion, there was hope. Increasingly, I cannot say the same for  the real America. 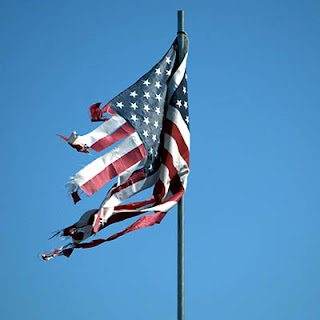 Life on the Third Ring

"Let's reframe that," she said, as she has hundreds of times. Then she proceeded to find a more positive way to express what I was feeling, and we moved forward.

She is trying to help me to be kinder to myself, and justifiably so- as a therapist, the last thing you want to do is join in on the berating session to which I regularly subject myself.  Unfortunately, I find that it is one of the hazards of what I call "Life on the Third Ring." You see, I believe that we all are encircled by three rings of truth.

Most people, if asked, will say that for them, there is most decidedly an absolute truth about at least one thing in life, be it God, nature, love, etc. But compare those truths, and you will see that they are anything but absolute.

Therefore, most of us create an 'expected truth', which we share with the public. This is the first ring. It is the truth that we know to be acceptable. The truth of who we would earnestly LIKE to be, or feel we SHOULD be, presented as if it was already made manifest.  Kind, generous, unbiased, strong, positive, happy, well-adjusted and (generally) sane exteriors greet us in the workplace, marketplace and school.  And these adjectives litter the biographies of dating sites the worldwide web over.

However, once we are in a social situation that is populated with intimates, we allow ourselves to dance on the rim of the second ring. This one is the 'truth we can live with'.  Perhaps we are not so positive and happy; our jobs are not satisfying, but we're taking steps to make a change.  We are less than kind and generous; that person whom we consoled earlier in the day with so much warmth we really find to be an overdramatic drain on everyone.  We are not adjusting well to life's hurdles, and our sanity feels like it hangs in the balance, due to our traumatic pasts.

The second ring is where many people stop. The truth they can tolerate is, in effect, the absolute truth to them, and the truth they are usually willing to share. It is the truth they wish to improve upon, and, while sometimes unsettling, the truth that seems universal.

But the third ring…This is the province of artists and demons.  This is the place where we face the fact that we are negative and angry, petty and jealous. On this ring, we admit with disgust that we are weak and prejudiced, unhinged and insane. And we know, deep down- this is truth.

Out of this mire is born anguish and verse, pain and salvation. Because only once these horrors are mined, can they be understood and molded into warnings and awakenings, confrontations and comforts.

I have lived on the barbed wire that makes up the third ring my whole life, and the artistic spoils of it have upset my mother, embarrassed my husband, and alienated my friends who do not understand why I've had to drag them out into the light with my 'truth'.  My ring is not theirs.

So, I've worked to be covert. I've developed a knack for metaphor and euphemism. I've cultivated a love for poetry, which can be cutting and pithy, while sounding soft and simple. But the times when I've truly tasted the value of a life on the third ring have been when I have laid all bare and someone said "This! This is my truth, too. Thank you for letting me know I am not alone."

It is lonely and barren in there, and sometimes I venture out to the second ring, just to stretch my legs and warm my hands by the fire of camaraderie. But I know my time is limited, and that, even unwillingly, I will return to the third ring, because someone has to live there, digging in the dark, and I know, it is my home.

And even as I type that, I can hear my therapist say, 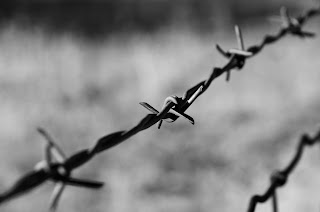 I am an ocean.

Many come to sit on the shore before me,
Take in my depth, listen to my roar,
Stay awhile, then return to the surety of land.

Some, more intrepid, enter me.
They frolic in my shallow waters.
When they lose their footing, they retreat.

A brazen few swim out further.
They seek out my secrets, my abyss.
But when Leviathan rises- They desert me in fear.

But one, proud and strong, dwells within me.
Shares my story, rides my waves.
My Neptune, My Poseidon, tames the tide. 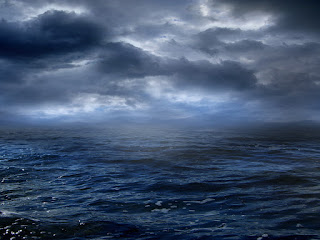 "Keep your eye on the prize."

So we were told, and we all set out to storm the castle that held our dreams. We didn't all begin at the same spot, some of us had a longer charge than others, we all advanced at different paces…But we were all under fire.

The snipers of adversity lay in wait.

I learned about halfway across the battlefield that armor was only going to slow me down, so, recklessly, I shed it and raced on. However, I never developed dodging capabilities, so bullet after bullet pierced my flesh.

At night, during encampment, huddled 'round the fires, fellow warriors revealed to me that I gave them heart, because I was "such a strong woman."

Strong!? Did they not see how many times I fell, hit by an expert shot? Did they not scorn the way I failed to protect myself in my zeal to reach the goal?

They did not. They saw the way I reached into my own torn skin, grimacing in pain, and slowly pulled the bullets from my body. The way I waited just long enough to regain my energy, then forged on.

They gathered courage from my scars, and it helped them strive to run their own race, day by day.

Mere yards away, a hollow point struck my heart, and again, I cursed my cast-off shield, miles behind me.  I knew this wound threatened to end my journey, and I gasped, pressing my hand to my stenrum with all my might.

Hushed whispers circled my head, but I was so dizzy from hemorrhaging, I couldn't discern the words.
The world went black.

When I awoke, blankets covered me; a pillow was beneath my head. Hot soup was brought, and I was gently helped to sit up. I looked down- the bullet was still lodged in my heart. The eyes around me all spoke the same truth. Only I could remove it, but they would be there to support me.

With my last bit of bile, I plunged my fingers into the ventricle, seized the foreign object, and cast it into the night. Then I struggled to my feet and turned to my attendants. In their eyes, I saw respect. I bowed low, and returned the sentiment.

Then I faced the horizon.

A cheer rose over the camp, and I knew that together, we would succeed.

When I rose from my injuries, I confirmed that victory was possible, for myself and for them.

Someone has to beat the bullet, so others can face the fire.

That's the tired bromide, the excuse to do stupid things, and the reason to make wise choices.

However, it seems like more and more every effort is directed towards making that statement untrue- and to mixed results.

There are absolutely good and justifiable reasons to take care of oneself. Quality of life is decidedly stultified by cigarette smoking, overeating, excessive drinking, etc. Even the most staunch of the practitioners of these vices would mournfully agree. And yes, taking care to select healthier food options is prudent.

But we have reached a stage of hysteria in our society that speaks to a broader issue.  We are fanatical about eating only the purest, cleanest foods; we want to be sure that our children only attend the best schools that espouse only the most politically correct opinions and that certainly make no attempt at quashing the little dears' dreams by allowing them to FAIL…at ANYTHING.

In short, we want to give the future generations the longest, most challenge-free lives possible.

On the surface, that sounds like a kind ideal. But dig deeper. The history books are filled with stories of great men and women, great events, great discoveries, and none of them were made without adversity- without risk.

With the advent of the "life highlight reel" that is social media, we've created a culture of perfection. Mistakes are quickly and roundly condemned, and retribution is fierce. When the consequences of failure are so public and so severe, people are more likely to 'play it safe'. And nothing that ever was accomplished on a grand scale was done by doing so.

Now, back to my original point- I shall choose pizza as the basis of my metaphor (because what's better than pizza?? Exactly.)

Is eating a pizza going to change the planet? No, although it might make you shaped more like it. But it's the spirit behind it that I am considering.

Here's the upshot: (And of course replace 'pizza' with anything you LOVE)


If you're still with me at this point (or if you're on the phone with Papa John's), I'd say think about where you live in the Pizza Paradigm.

From the food we eat to the choices we make, a little risk and a little moderation are wise. But no risk at all leads to fear-based inertia, and it spells the downfall of society. The answers to the new challenges arising everyday lie outside the box, if only we are brave enough to leave the safety of its walls.

So go ahead. Just for today: Get the pepperoni.

Who knows where it will lead? 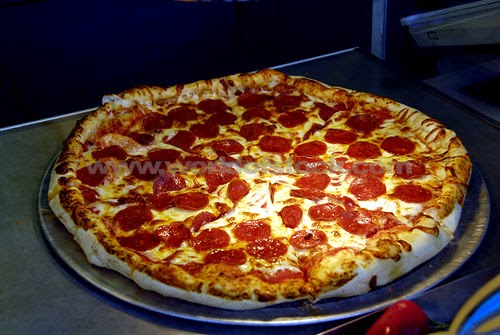